Writer of Our Time, A: The Life and Work of John Berger

John Berger was one of the most influential thinkers and writers of postwar Europe. As a novelist, he won the Booker Prize in 1972, donating half his prize money to the Black Panthers; as a TV presenter he changed the way we looked at art in Ways of Seeing; as a storyteller and political activist he defended the rights and dignity of workers, migrants and the oppressed around the world. In 1953 he wrote: ""Far from dragging politics into art, art has dragged me into politics."" He remained a revolutionary up to his death in January, 2017.

In A Writer of Our Time, Joshua Sperling places Berger's life and works within the historical narrative of postwar Britain and beyond. The book also explores, through the work, the larger questions that vexed a generation: the purpose of art, the nature of creative freedom, the meaning of commitment. Drawing on extensive interviews, close readings and a wealth of archival sources only recently made available, the book brings the many different faces of John Berger together and shows him as one of the most vital, and brilliant, thinkers and storytellers of our time. 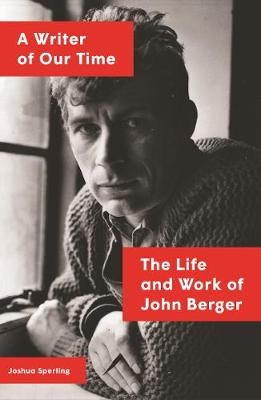